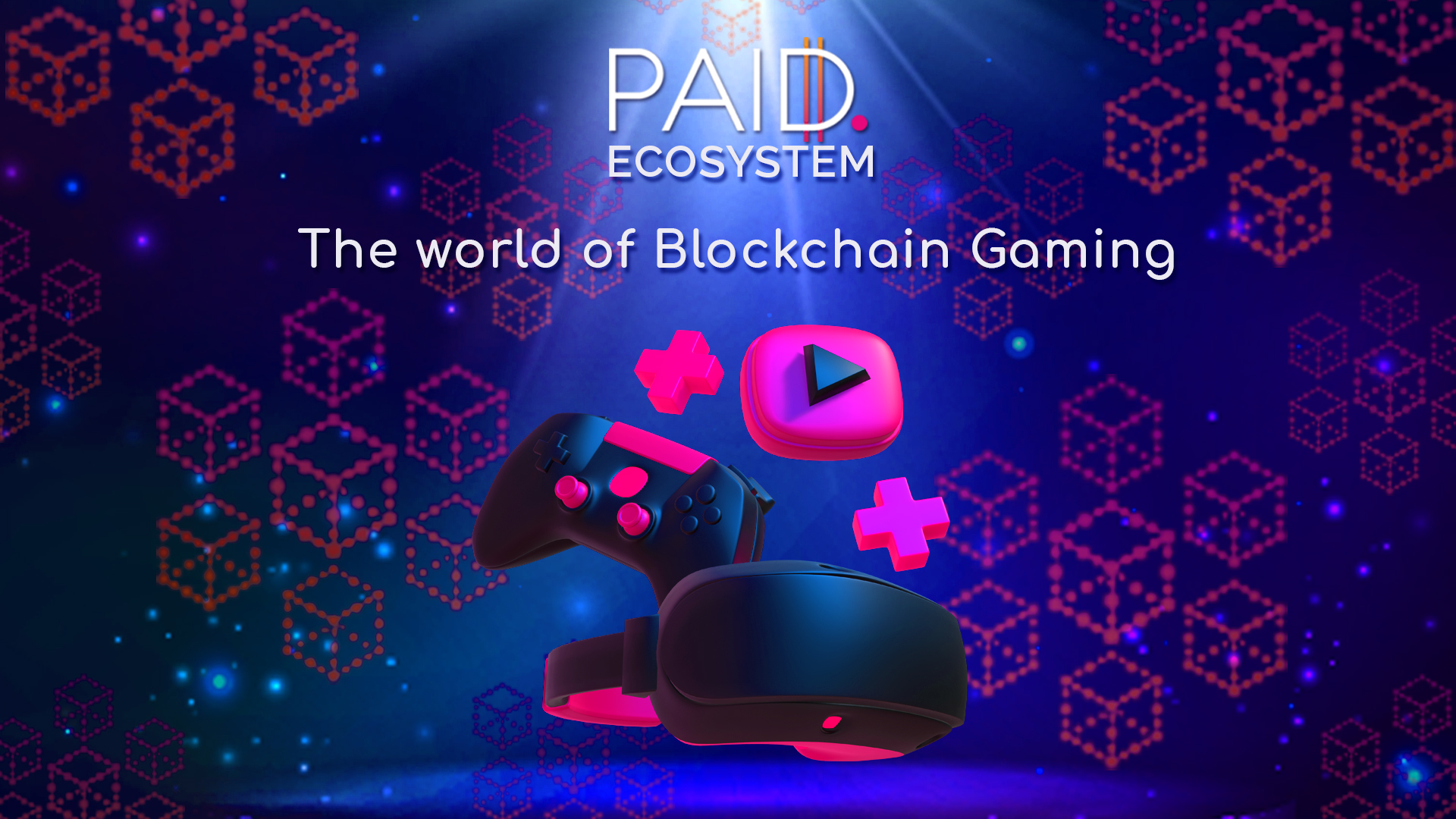 The last year has seen unprecedented adoption of blockchain across the mainstream. The massive rise in popularity of cryptocurrencies and other blockchain projects has shown the potential that blockchain has to completely disrupt our way of life. The transparency and traceability provided by DLT (Distributed Ledger Technology) has already been applied to everything from medical records to national defense. For average users in the mainstream, DeFi and NFTs have influenced a whole new demographic to learn how to use blockchain.

However, perhaps more than any other area, blockchain is proving to be an integral part of the future of gaming. Over the last few years a large proportion of games have incorporated in-game economies. These economies are built around microtransactions and the buying and trading of in game items. Everything from small independent projects to AAA releases have recognized the value that economies such as these can bring both developers and players.

The introduction of blockchain to this space adds a whole new dimension to these economies. With a traceable and secure record of every item owned within the game, blockchain gives players true ownership over their in-game assets. It fosters a much healthier in-game economy where players can buy, sell, and trade their items in a secure way. This inherently gives the items more value and allows players to monetize their time more effectively which, in turn, increases how many players a game retains.

The last month in particular has seen a massive increase in usership for blockchain gaming projects, with over 804,000 unique active users connected to blockchain-based games in July. This represented an increase in June of nearly 100% and saw blockchain gaming engaging more people than NFT projects and even DeFi. The massive increase was prompted by Axie Infinity which currently has a trading volume of more than $1 billion.

Axie Infinity currently comprises the most valuable collection of non-fungible tokens and has double the amount of internet searches of Activision's hugely popular Call of Duty, demonstrating an appeal that already rivals mainstream games.

Blockchain gaming is bringing more and more users into the cryptosphere and, because of the quantifiable value it provides to gamers, it's keeping them there. Blockchain gaming could just become the key to bringing true mainstream adoption to blockchain. It could also represent a huge step towards fulfilling the vision of many crypto enthusiasts, The Metaverse.

A virtual world where people can move seamlessly from a virtual music concert to a virtual chat room, The Metaverse is seen by many as the successor to the internet. It represents the combination of virtual reality and blockchain, where items and currencies within this virtual world will be tokenized on a blockchain to ensure their authenticity.

Essentially, blockchain gaming could represent the genesis of this virtual world. It is easy to see how digital items that correspond to in-game virtual weapons, represented on a blockchain could give rise to some seed that the most revolutionary change in our online lives grows from.

With that in mind, let’s have a look at some gaming projects within the cryptosphere that could be part of this new wave.

Star Atlas is a grand strategy game of space exploration, territorial conquest, and political domination. Based in the year 2620, Star Stlas sees rival factions in an ongoing struggle for resources. Players will have the ability to influence the outcome of an intergalactic conflict creating the opportunity to earn rewards for their contributions. Star Atlas is a serverless massive multiplayer online game built on the Solana blockchain. Utilizing Unreal Engine 5, players are able to buy and trade in-game assets that include ships, crews, and weapons. These assets grant players access to mining, pirating, bounty hunting, crafting, refueling, and defensive and offensive capabilities, all of which will see a player earn more of Star Atlas’ in-game ATLAS token. Additionally, players can stake assets in safe zones for passive portfolio growth or even allow other connected clients to utilize and share their in-game items.

From a team with years of experience developing mobile games for Emoji Games comes Pocket Arena. Pocket Arena is committed to developing a trusted gaming ecosystem where players can enjoy playing games, earning digital assets, and growing their digital wealth. This ecosystem will bring value to players' gaming time, allowing them to make money based on how long they play. The first of Pocket Arenas games is NFT Castle Defense, a castle defense game where players can buy and trade NFTs that will correspond to castles that can be utilized in game. NFT Castle Defense also has an investor feature that will allow users to purchase NFT castles for professional players to use. Any of Pocket Arena's native POC tokens earned using this NFT castle will then be shared between both parties. Pocket Arena's goal is to revolutionize eSports by creating a much tighter-knit gaming community.

Thetan Arena is blockchain’s answer to the massively popular eSports game, League of Legends. Thetan Arena's gameplay revolves around the combination of personal skills and teamwork. Each player will control a customizable fighter that will battle each other within the arena. Players can take part in Battle Royales and other game modes that feature up to 42 players or 21 duos. Players can earn NFT items by playing the game and sell them on the in-game marketplace for profit. The marketplace is powered by the Thetan Coin, the main in-game currency which can be earned through special events and tournaments. In addition to that, players can earn Thetan Gems which can be used to stake for Thetan Coins or to evolve their heroes, giving them greater opportunity to earn more NFT items.

With a trading volume of more than $1 billion Axie Infinity is already the largest game in the cryptosphere. Axie Infinity invites players into a Pokémon inspired universe where anyone can earn tokens through skilled gameplay and contributions to the ecosystem. Battling, collecting, and raising monsters known as Axies are the main ways that players will engage in this world. Axie has already seen a huge increase in usership through the COVID pandemic and has given many people another income stream. Players can earn by competing in PVP battles, breeding Axies and selling them on the marketplace, collecting, and speculating on rare Axies, farming for love potions, and even by earning the Axie governance token AXS. Axie was built to encourage people to educate themselves about blockchain technology and this philosophy of being open to inexperienced players is a huge part of its attraction.

Launched on the Binance Smart Chain, CryptoBlades is a web-based role-playing game set in a fantasy medieval battle arena. The purpose of the game is to earn SKILL tokens for defeating enemies and participating in raids. SKILL tokens can be used to hire additional characters, forge unique weapons, and reforge those weapons to increase their power. Players can also trade characters and weapons on an open marketplace. Characters will be minted from one of four elements, Earth, Lightning, Water, and Fire. The player will then engage in medieval combat against a selection of enemies. The more players win combat, the more SKILL they earn giving them access to better and better weapons.

Characterized as the first personalized play-to-earn, NFT metaverse game, Warena presents one of the most ambitious game worlds seen in a blockchain game. Set in a post-apocalyptic world, humans have regained control of the Earth but are now beset by aliens and creatures from fantasy races. Players are given a fresh world map and are required to rebuild and recreate society to prevent another apocalypse while also maintaining a balanced token economy. In Warena battles are won through the selection of generals, equipment and the tactics adapted for the battle, all of which are represented on chain. Players will create their own personalized NFT based warrior to represent them in battles. Different generals and game items will be represented on the blockchain to help players own and experience these items permanently. This is the Warena Metaverse.

The key thing about all these games is that you gain more of an advantage the longer you play. The more you play the more valuable and potent your in-game blockchain items become. Whether it be your Axies in Axie Infinity, your weapons in CryptoBlades, or your warriors in Warena, all of them can be honed through time and skill to help a player earn more and more rewards.

This is the economy of blockchain gaming. This is how it creates a self-sustaining ecosystem that encourages players to keep challenging themselves against each other and to stay engaged. The community this creates is why blockchain is the future of gaming.

Find out what’s next for PAID Network as we step into the Global Metaverse!

Learn more about blockchain gaming and the metaverse it is set to create HERE.

PAID Network seeks to redefine the current business contract, litigation, and settlement processes by providing a simple, attorney-free, and cost-friendly DApp for users and businesses to ensure they #GetPAID wherever they are in the world.

PAID streamlines backend legal operations with SMART Agreements, so that projects can focus on making their brand bigger and better.

For any questions for the PAID network, please feel free to reach out to us on our:Website | Telegram | Twitter | Medium 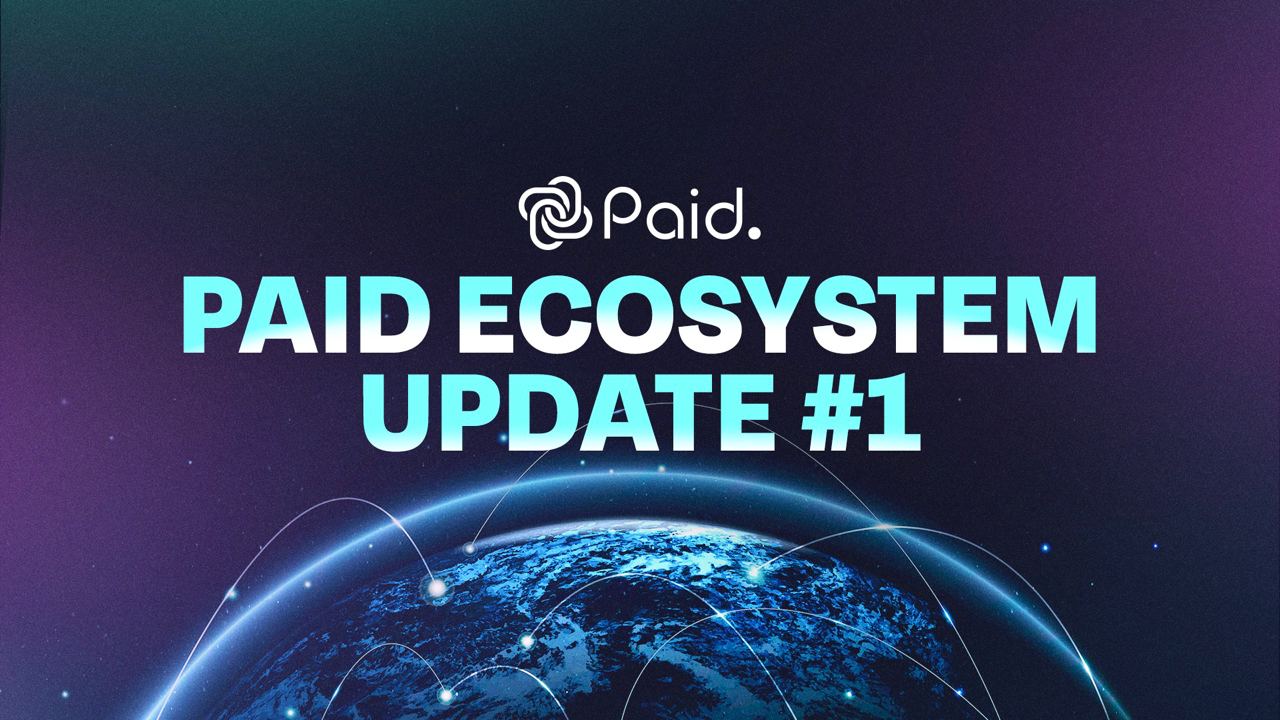